“I work for the company. But don’t let that fool you; I’m really an okay guy.” 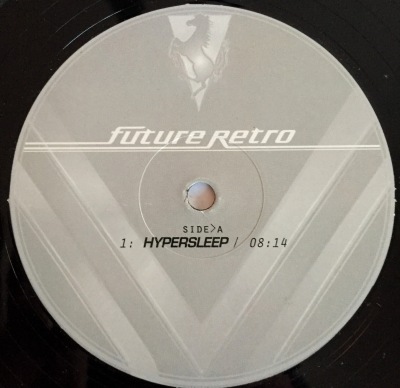 Celebrating the 20th anniversary since the seminal ‘Hypersleep’ first saw the light of day, a track written and produced by Voyager (the primary recording alias of Pete Parsons), the sixth installment of the blog’s “Tracks I Wish I’d Written” series is about the background story behind ‘Hypersleep’. Eloquently narrated in-depth by Parsons himself, an iconic figure of the drum and bass scene and one of the most respected and recognized producers and sound engineers, the story is a nostalgic and colourful account of the series of events that inspired and motivated him to write a timeless classic; a trip down memory lane capturing vividly the atmosphere of the mid-90s drum & bass scene.

A captivating, emotionally draining scene from the 1986 film ‘Aliens’ has been the source of inspiration and provided the title for ‘Hypersleep’. The following dialogue excerpt from the scene underlines the hypnotic groove and features prominently in the track:

Pete reflects on the conception of ‘Hypersleep’

“The original scene of Burke greeting Ripley after she wakes up in ‘Aliens’, was something I’d noticed and wanted to use for some time, before the track came together. I’d watched that movie so many times and it always struck me as a really poignant moment in the film. The fact that she had gone through so much and survived it, had thought that she’d be rescued in a couple of weeks, only to wake up 57 years later having missed the entire lifetime of her kid, totally struck an emotional chord with me and I knew I wanted to use it for something”.

Parsons’ musical career started around the dawn of 90s as an in-house producer, remixer and sound engineer at the famous Monroe Studios based on Holloway Road, London and has been involved in production and engineering for a large cross-section of musical styles, for many different labels including the likes of Dee Jay Recordings, Lucky Spin, Moving Shadow, Impact, Suburban Base, Soapbar, Proper Talent and Sound Entity to name a few.

In 1994, Lucky Spin Records relocated from King’s Road (the premises were taken over by Moving Shadow setting up their own record shop and sub-label Section 5) to Holloway, next door to the Monroe Studios and Parsons soon became the main engineer for Dee Jay & Lucky Spin. After a string of collaborative releases (under various monikers alongside Slipmaster J), Parsons adopted the Voyager recording guise for his productions.

Pete reminisces of that exciting and prolific period:

“The track came together around the mid 90’s before the legendary club night ‘Speed’ became ‘Swerve’, when every Thursday night you could check Fabio and Bukem dropping all those classic tracks, which of course back then was all new stuff. To say it was an inspirational weekly event is a huge understatement; I wanted my tracks to be played there. I wanted to create a track that was going to fit into those sets perfectly and capture the vibe that was there every week, so that the deep, melodic, slightly melancholic musical direction, that I was putting into a lot of my productions at that time, fitted perfectly for ‘Hypersleep’. With the movie sample in there as well, that added an organic quality and really accentuated the melancholic atmosphere of the track, I already knew in my mind what it was going to sound like, both musically and rhythmically.

I remember hearing it the first time down at ‘Speed’ when it was finished with Crystl and Tamsin … There’s nothing like hearing your track in a club, played by a dj you really respect and seeing people’s reaction to it, that was a memorable moment for sure, and I was fortunate to have a few of those”.

“The combination of the ‘Bird’ and ‘Cold Sweat’ breaks always worked; they both just roll out forever and can be edited subtly to get the maximum mileage out of them. When they’re synced with the bassline to get those deep rollers vibes, or chopped to create that bouncy steppers lick, you’re onto a winner every time. It was a well used combo by a lot of producers and djs at that time.

From what I remember, the track came together in two sessions and pretty much wrote itself. When you’ve got such a clear idea in your head, you know that everything you’re using is going to work and feel instinctively where it’s all going, it all happens pretty quickly. I’ve always worked on a ‘one take’ basis; I guess it came from working at the studio, where people only had a limited time to get something done, so I developed a good sense of ‘feel’ for the music and samples that were being used, so by the time I’d filled the ‘Akai’ with samples, I already had a good idea of what the track was going sound like and how everything was going to fit together. So by the end of the first session I’d already got the basic arrangement mapped out, played in a lot of the beat edits, bassline and created all the melodic parts which was enough to leave it for the following evening to finish off the arrangement. I remember listening to it non-stop and getting that sly grin that comes over your face when you know you’ve made something on-point, and created something exactly how you imagined it would sound”. 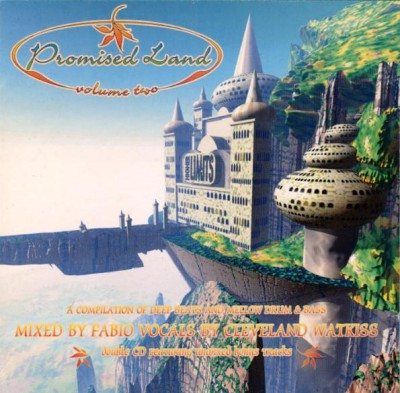 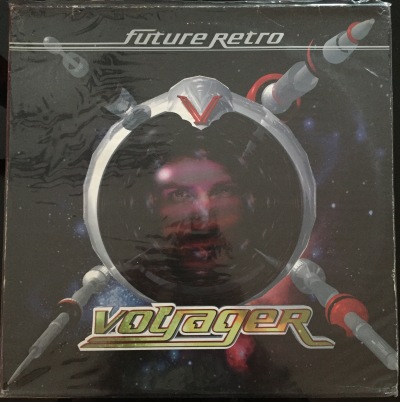 R&S also commissioned remixes for two album singles, namely ‘Desire’ and ‘Hypersleep’ with contributions by Voyager himself and Moving Shadow artists Dave Wallace and EZ Rollers. A 97’ revamp of the original mix by Voyager was also included in the remix series.

Pete comments on the ‘Hypersleep’ official release, sample clearance and the remix series in a period, when a wave of noir was sweeping the scene.

“So the track itself wasn’t released until at least a year or so after it was made, due to me wanting it to be included on the ‘Future Retro’ album. I had plenty of offers to release the track as a single, but I wanted to keep it, and put it out as a part of the album release.

However, the release of the album got screwed pretty badly by legal BS that kept it from being released for at least a year, by which time d&b had moved back to the darkness and wasn’t really into the whole deep atmospheric vibes much anymore, so by the time it finally got its release, it was over a year old, and released into a scene that on the whole, had retreated back into being a lot less accessible to a lot of people, which was in direct contrast to a lot of the tracks that had been released during the previous few years. Also releasing ‘Hypersleep’ as a single in its original version had a few issues, the biggest being it sampled quite a large chunk of spoken text from a major Hollywood movie, and releasing it without gaining clearance would probably have been a bit tricky. So I decided to keep the original version on the album, and get a couple of vocal actors in to redo the speech for the single release version. It didn’t sound too bad, but it didn’t have same impact or vibe of the original, but there was nothing I could really do, as there was no way R&S would have released the original and not got clearance.

I did a remix of it which was pretty pale in comparison to the original, and so did EZ Rollers. To be honest, I didn’t know quite what to make of the remix from EZR, they took it into the dark and techy vibes that were all over the scene at that time, and it wasn’t really my thing…..but whatever. I’ve thought about rebooting the original, but every time I do, I run it through my mind, and I don’t come up with anything that gets close, or can offer anything that can better that original vibe that captured a time and place so perfectly for me”.

Twenty years on and drum & bass is still as strong as ever. A new breed of artists and record labels has emerged, defying musical stereotypes and constraints, pushing the boundaries even further. Nonetheless, ‘Hypersleep’ is a track that has stood the test of time and will still be a classic even if you wake up after a 57-years hypersleep. A quintessential representation of a creative, innovative and exciting drum & bass era, which many producers have tried to emulate along the years, the ‘Hypersleep’ legacy and cross-spectrum appeal carries on.

As an epilogue, the feature concludes with a heart-warming message by Pete:

“So even though the track is 20+ years old now, I still get love for it, and the fact that I’m being asked to talk about it still, makes me incredibly proud, and more than a little nostalgic for those days when we all had a feeling of creating something totally new and groundbreaking without any limitations, a time when everyone’s creativity was in full flow and those killer tunes just kept rolling out on a weekly basis.

Love and respects to everyone who’s supported, to all the d&b lifers, and massive thanks to Spyros for asking me to put this together”.

If you have ever wondered whatever happened to Voyager, his full artist profile, selected discography, recent activities, as well as a casual mini-interview sharing some personal trivia, visit the blog’s archive following the links below:

‘Whatever happened to … Voyager?’

Every track that is presented here has been hand-picked from my personal record collection and has had a profound impact on my musical taste. Featuring a variety of tracks across the electronic music spectrum, emphasizing mainly on drum and bass, from undisputed classics to underrated gems, all are tracks I wish I’d written, as the title of the series suggests.

Visit the blog’s archive for the previous installments of the “Tracks I Wish I’d Written” series here.